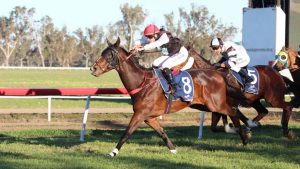 Situated at the junction of the Namoi and Mooki Rivers on the Liverpool Plains in North West NSW, the Gunnedah Jockey Club was founded in 1867 and is celebrating its 150th year of operation in the 2016/17 racing season.

Gunnedah’s home ground is known as the Riverside Racecourse, which is set in a tranquil and lush garden environment.  Established in 1946 after relocating from the old Showground Racecourse, the track has an 1800m circumference which is laid out in a square shape with round corners that provides a 400m straight, ‘Where every horse gets its chance’  on the entirely level course proper. The track is a square shape with a long sweeping home turn. Inside barriers and front running can be an advantage especially from the 1200 metre start.

Gunnedah conducts its Gold Cup meeting in May every year and hosts its very popular Christmas Hams Meeting in December which provides local businesses with an opportunity to host their staff functions at the races.  In addition to these two main events the Gunnedah Jockey Club conducts the Somerton Cup Meeting in January, the Boggabri Cup Meeting in March, the Curlewis Cup Meeting in June and the Manilla Cup Meeting in October.

The Gunnedah Jockey Club has a rich history with the district producing many fine horseman, racehorses and racing administrators. 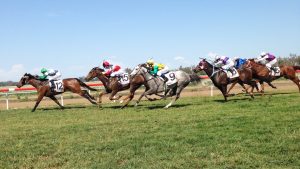 Horses such as Gunsynd (bred on a farm outside Gunnedah), Akzwazoff (a three time Gunnedah Cup winner), and Trainers such as Keith Swan, Arthur Gore, Greg Hickman and Administrator/Breeders such as the legendary John Clift have all graced Gunnedah’s Riverside Racecourse.

Gunnedah’s very central location, between the Hunter Nth West, Western and Central Western Racing Districts is a dynamic which results in capacity fields and competitive racing. 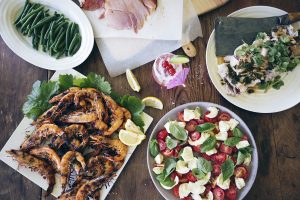 Organisers of Harvest Gunnedah have announced a new date for the inaugural festival, with the feast for the senses now scheduled for next Spring.
Harvest Gunnedah will be held during the 2021 October Long Weekend on Saturday, October 2 at Riverside Racecourse, Gunnedah.

Gunnedah Jockey Club from the perspective of a Drone